There are many things I could say about a nest box, but the major point is that they should be clean of droppings! Because chickens know the importance of not pooing in your own nest, it should be them keeping their nests clean, not you picking up droppings every morning. 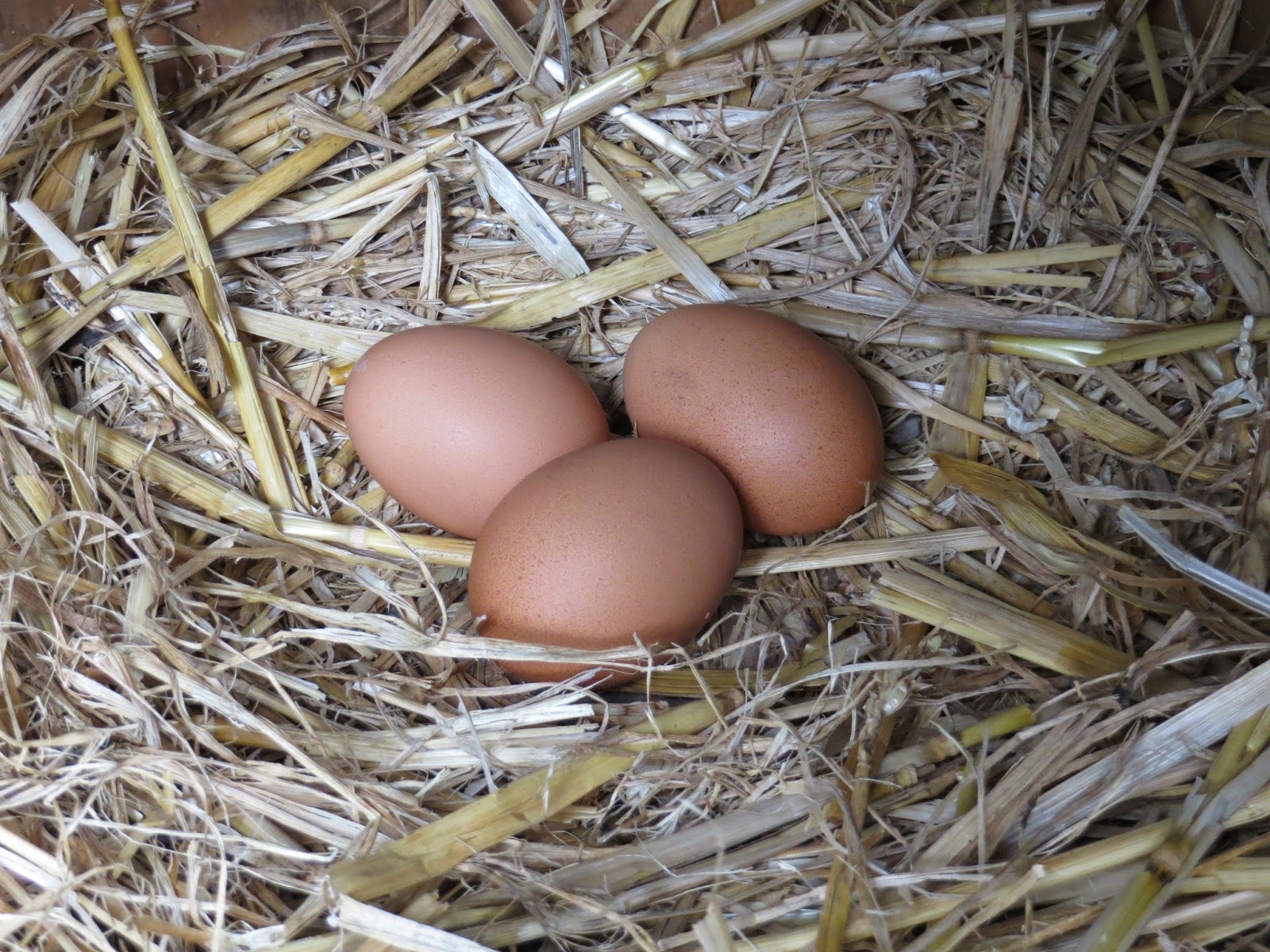 However, so often it doesn't work that way. There are things that can be done, however: it's a matter of good management rather than good luck.

Recently I got a message from a friend who's had her hens for a year or so now. She'd had two hens die and number three was now showing the same symptoms. Not laying, diarrhoea, and eventually a swollen abdomen and death. Number three was at the diarrhoea stage.

I went to her house. I'm not a specialist in chicken illnesses, but I've learnt a little bit about them. Mainly I look for ways to keep birds healthy, and what aspects of chicken's environment might need tweaking in order to meet their basic needs.

At a glance the bird still looked in pretty good nick. Her comb was red and erect and she moved almost normally. The vent looked fine, I thought, apart from the soiled feathers. ("A chicken's bottom looks like a mouth," says my Anna, aged 8, amazed.) 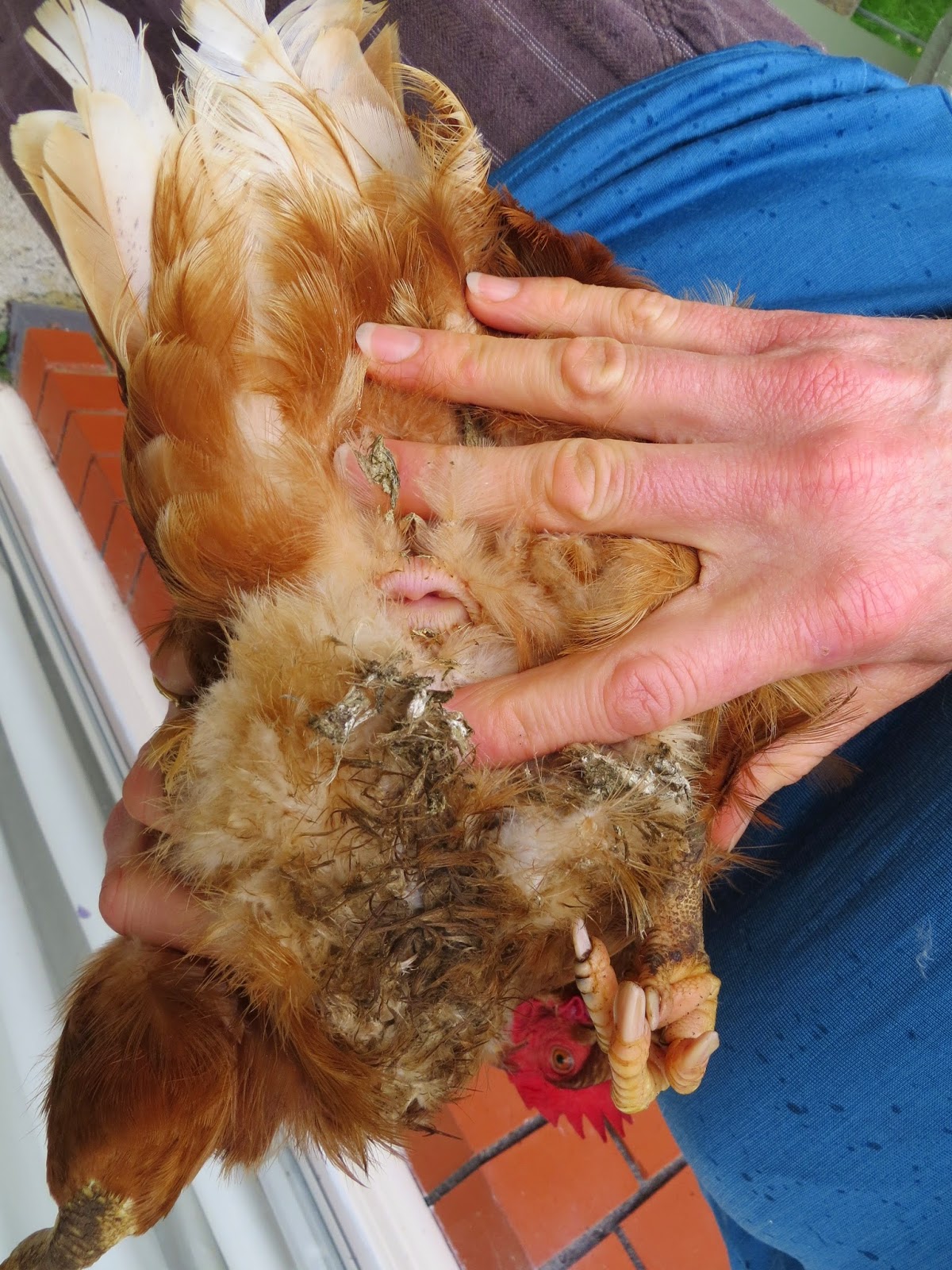 The poo was very suspect. 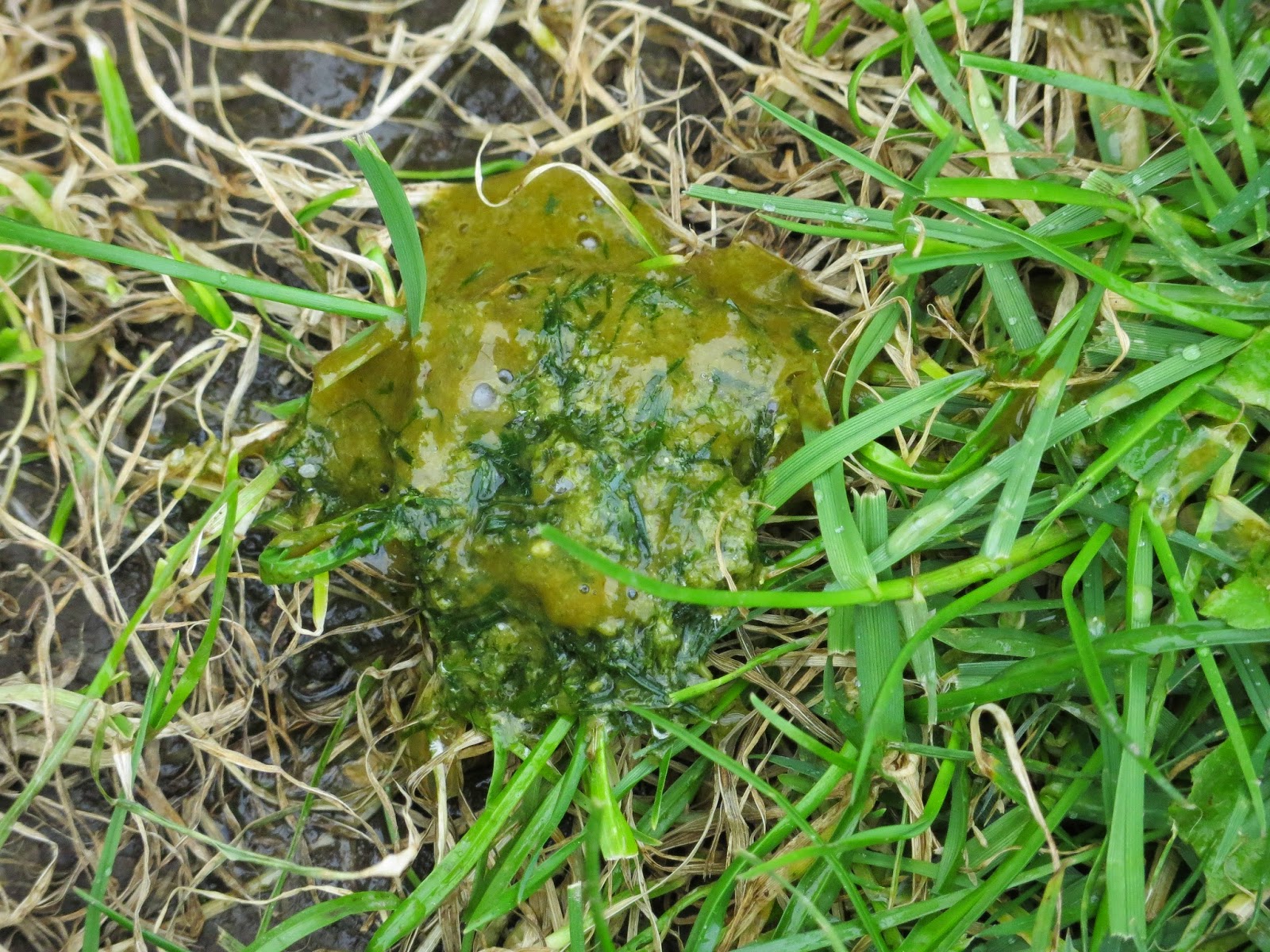 But then I discovered something really worrying: the state of the nest boxes! The hens were sleeping in two of the nest boxes every night, and this was what had accumulated as a result. I suspect some nasty micro-organisms were thriving in this poo mattress, then getting inside the hens and making them very sick. 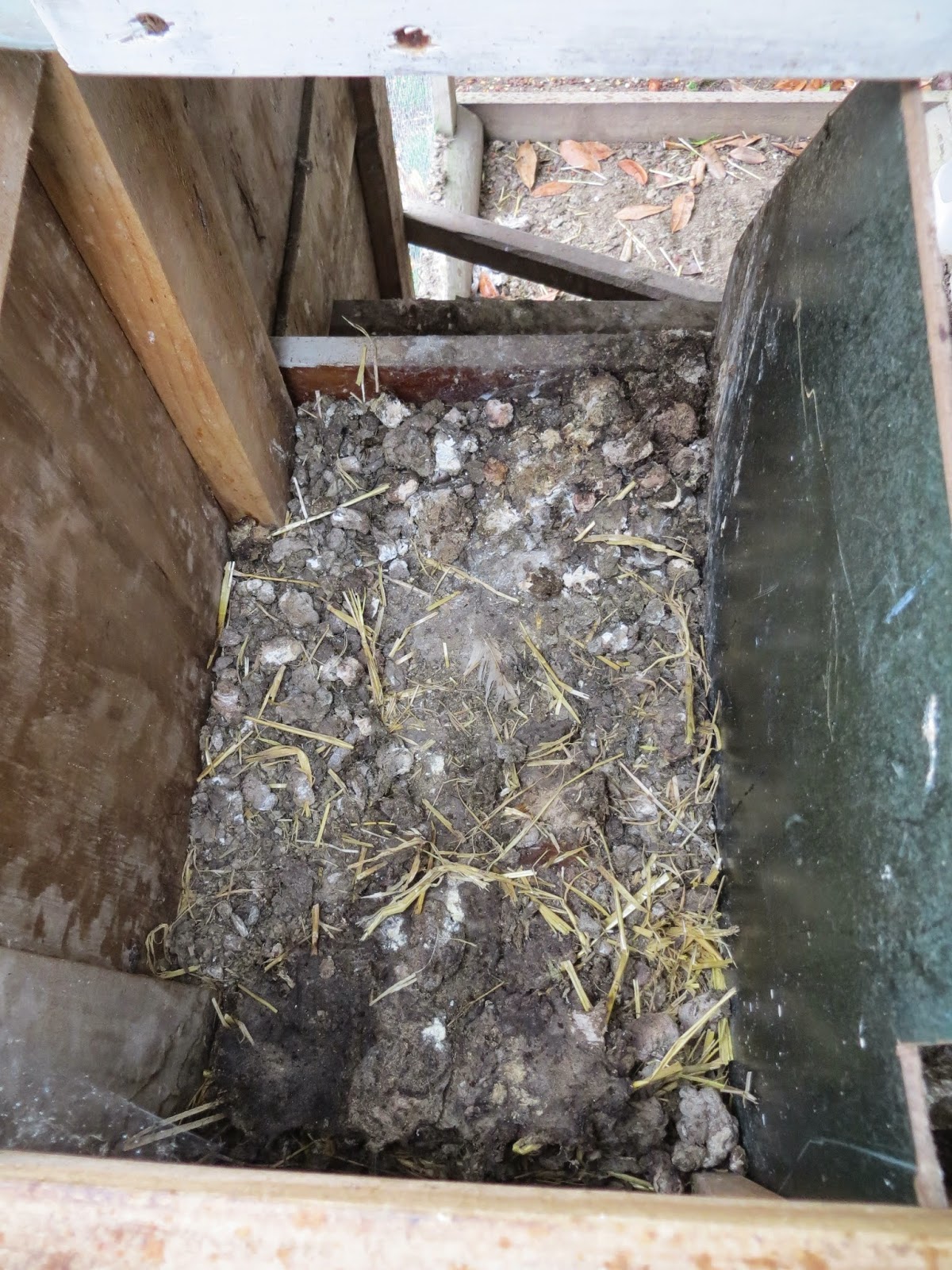 I know nest box sleeping is quite common, and some people manage it by regularly clearing the box. However, it is so much healthier for birds to roost on a perch. There's less chance of mites or lice infesting the nest box and their feathers, and although a perch may seem less cosy to us, up there they can keep themselves warm better by fluffing up all their feathers to trap air in an insulating fashion. Plus, of course, they don't have nightly contact with their own faeces, which has got to be a good thing.

What happened to my friend's sick hen?  She gave the nest boxes a major clean out, and blocked off all but one of them semi-permanently (she only has two hens left, so they only need a single nest box between them.) The open nest box was generously lined with barley straw, and blocked off towards
the end of the day. After it got dark she made sure her birds were positioned on the perch, and unblocked the nest box ready for laying time the next morning. Once it's dark chickens can't see well enough to move themselves off a perch and into a nest box.

She also gave the perches an overhaul so they were more easily accessed and comfortable for her hens. So many coops have inadequate perches!

Happily, the sick hen got better, and started laying again! No more nasty poo mattresses for her girls.

Chickens AND a healthy lawn

Who said that chickens ruin your lawn?

Well, they can ruin it. But check out my friend's lawn - the grass in the chicken run is obviously healthier than the mown part. Her secret is having a big enough area for them to roam around and forage without decimating the grass.  Our section has too little lawn and too much garden for that. 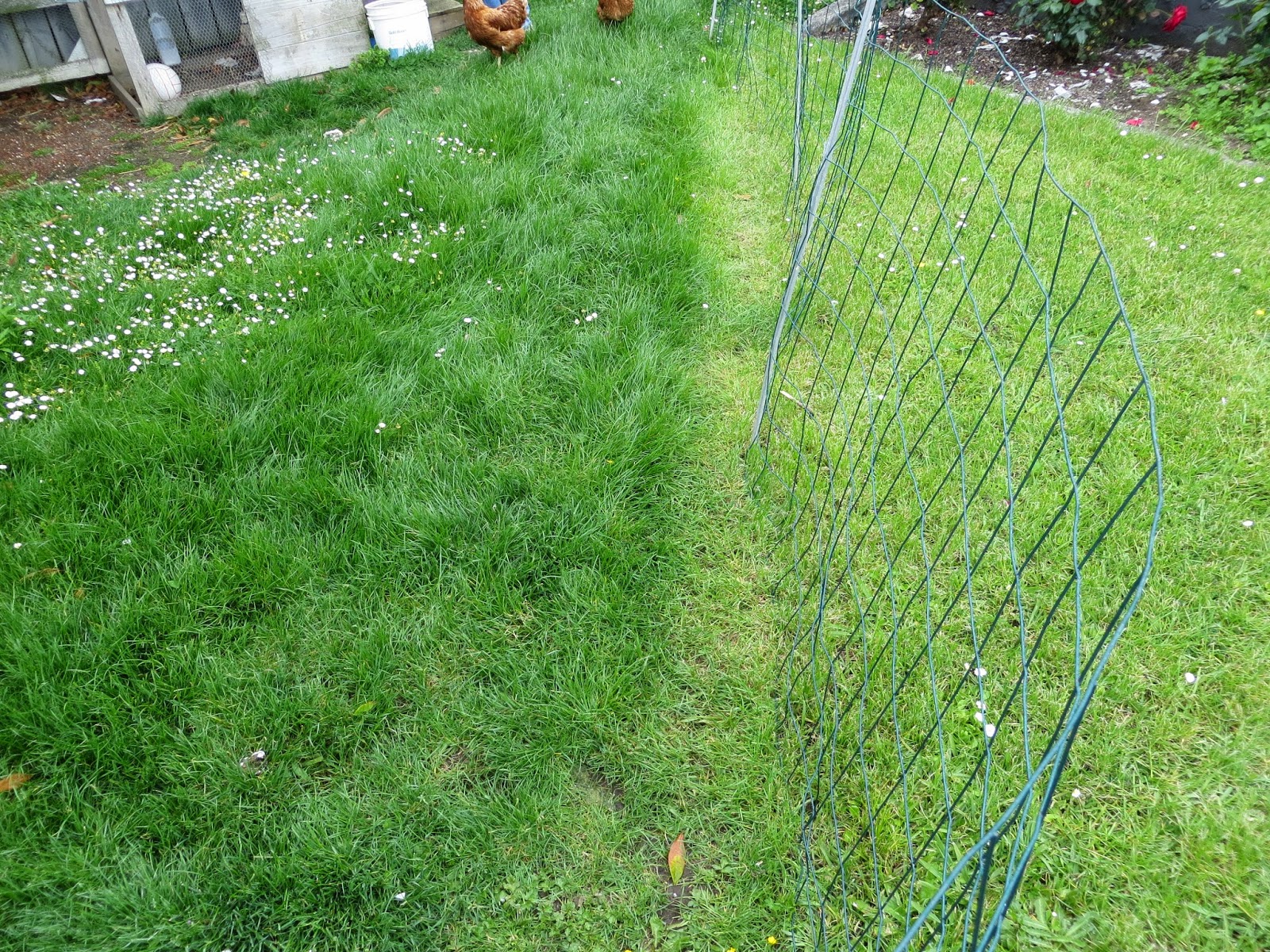 I also like the approach of the permaculture blogger at ecothriftylife.wordpress.com - he has a chicken tractor which he moves very regularly around the lawn, so they mow and fertilise it for him.

Do you successfully keep your chickens on a healthy lawn?
Posted by Keeping Chickens NZ - Andrea Graves at 12:51 pm 35 comments: