Recently the Humane Society of the United States posted a video on their Facebook page showing hens (white leghorns, by the look of them) doing very clever things. Pecking a button of one colour but not another; walking a figure eight among yellow cones, but walking around the edge of the blue ones. You can see this very neat 4 minute video here.

This is called 'operant conditioning': training an animal to perform a task for a reward. Chickens are good at it, and it's one way scientists "ask" chickens what's important to them. It's been used to find out how much they want nest boxes to lay in, perches to roost on and litter to peck and scratch in. 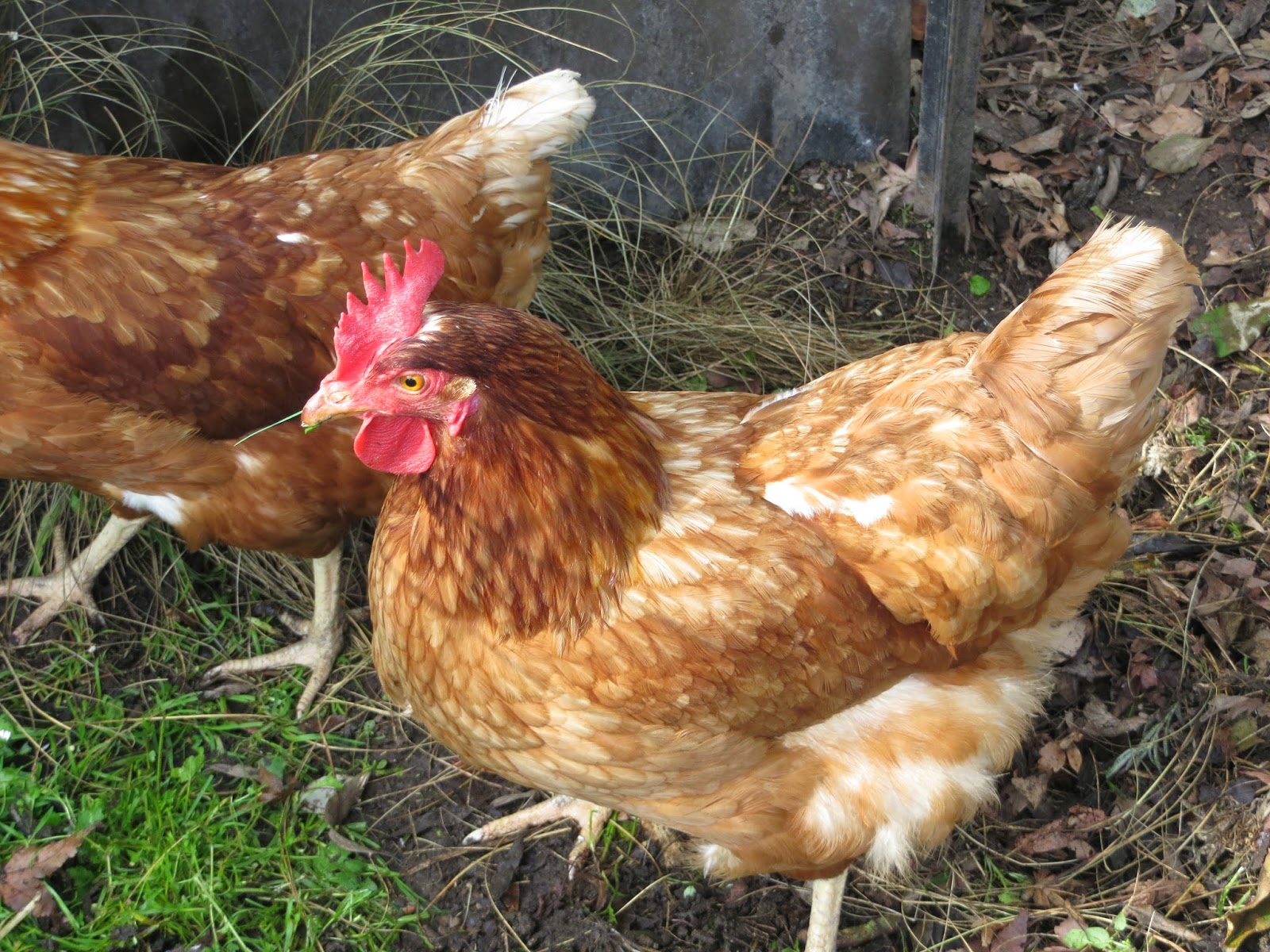 1. Teach a chicken to peck a key to get a food reward.

2. Deprive the bird of food for a short while, and note that the hungrier the chicken is, the more pecks it will do to get the food. We can play about a bit to ask the chicken how hard it is willing to work for the food. After how many pecks do you give up when you've had constant access to food? How many when you haven't eaten for a few hours?

3. Teach it to peck a key to receive a different reward - a resource we suspect might be important to it, and probably one that commercially farmed hens don't get. Remember we're animal welfare scientists and keen on showing farmers what their birds need for good welfare.

4. Now the chicken knows how to peck for more than one thing, and we can think of the pecks as money. How many dollars will it spend to get food when it hasn't eaten for four hours, compared to how many to get the other resource we suspect is important to it?

5. If the chicken will peck as many times to get access to the other resource as it will for food when it's very hungry, you can be fairly convinced that it wants the resource very much.

Using this approach, scientists have figured out that space, litter and nest boxes are important to chickens.

Sometimes the investigators use a different currency: for example, making the chicken push against a stiff door or squeeze through a small space, instead of pecking. Pecking is of course inextricably linked with food, and also with straw or mulch (the ancestral part of a chicken's brain having not yet clicked that all it really needs is access to a feeder, and that flicking up bits of plant matter to find the insects underneath is no longer vital for survival).

Pecking to get a private place to lay an egg, however, doesn't make as much sense. Chickens do squeeze through uncomfortably small gaps when they're desperate to get to something, though, so at times that is the best currency to base the experiment around. When you're asking an animal a question, you need to speak its own language as much as possible.

The answer to the nest box experiment was this: to get to a nest box before they laid, hens would push against a heavy door. They would only push against the same weight to get to food afer they'd been food-deprived for 4 hours.* That is a motivated chicken!