One of the greatest things about having chickens is watching them eating your unwanted waste products and being delighted about it. Cockroaches, snails... now there is even a bright side to finding pests.

At the moment our sunflowers are stunning, and the honeybees and bumblebees are feasting. Soon the flower heads will wilt and dry out, and I'll hang the heads over the chicken run. The seeds will drop out, and the chickens will gobble them with glee. Not all sunflowers have useful seeds, though. Our neighbours have grown 'Lion's Mane' sunflowers this year, and the seeds look normal, but they are just empty shells! I wish I could tell you which cultivars are suitable. Ours have self seeded for years, so I no longer know what they're called.

I'd feel fairly confident though, with these seeds from Koanga gardens (out of stock at the time of writing, but I think they will have more for early spring), or the Giant Russian sunflower from anywhere.

I've thought about growing them so they naturally hang over the chicken run, and this year I planted some for that purpose. Sadly my fencing wasn't secure enough, and the chickens escaped and destroyed the seedlings.

Another treat that's in season at the moment is green vegetable bugs, also called shield bugs or, in our house, stink bugs, because they squirt out a stinky substance onto your hands when you capture them. Having accidentally bitten into one years ago, I can testify that they taste as bad as they smell. Why, then, do chickens love them so much? I have no idea. 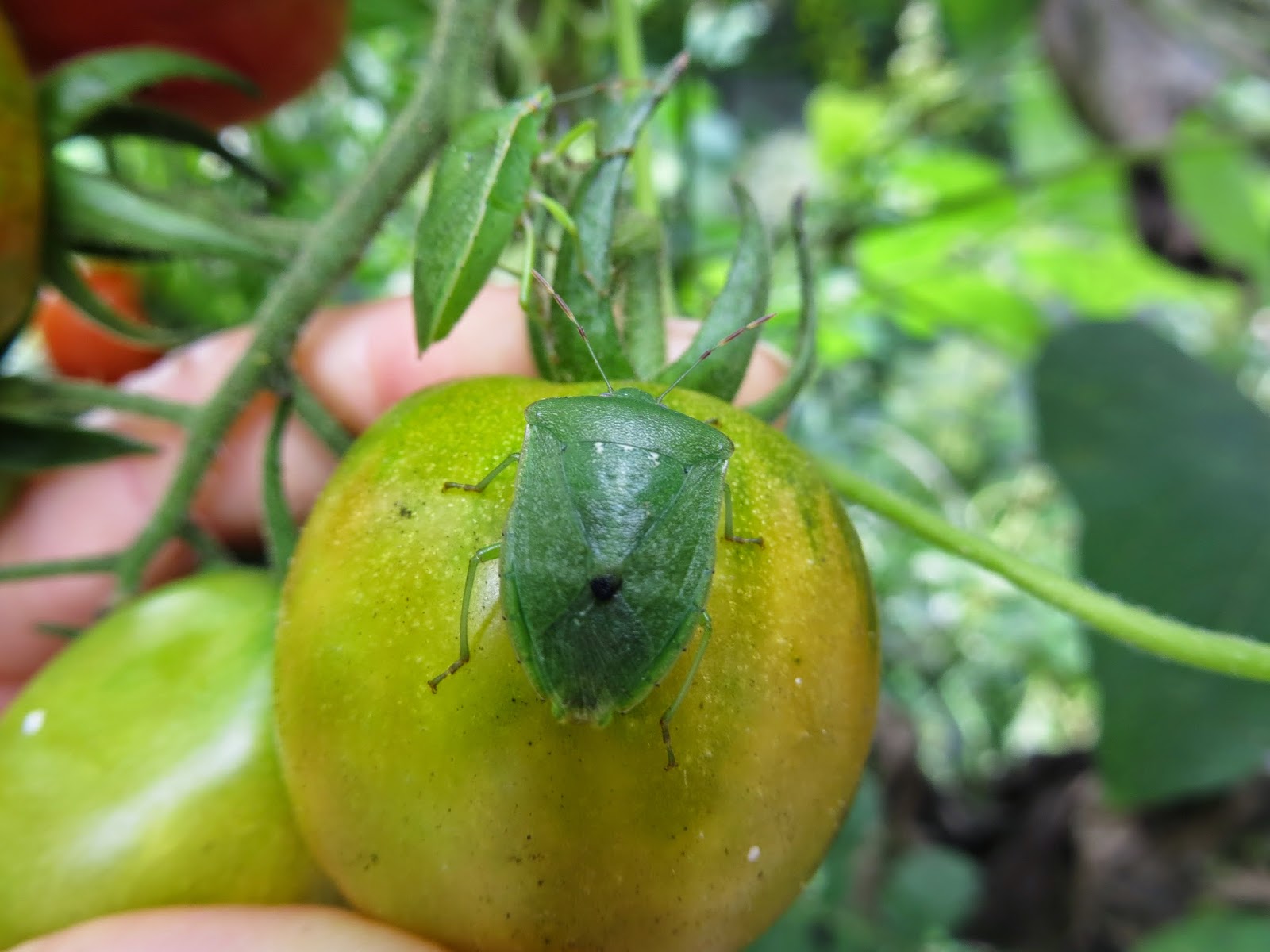 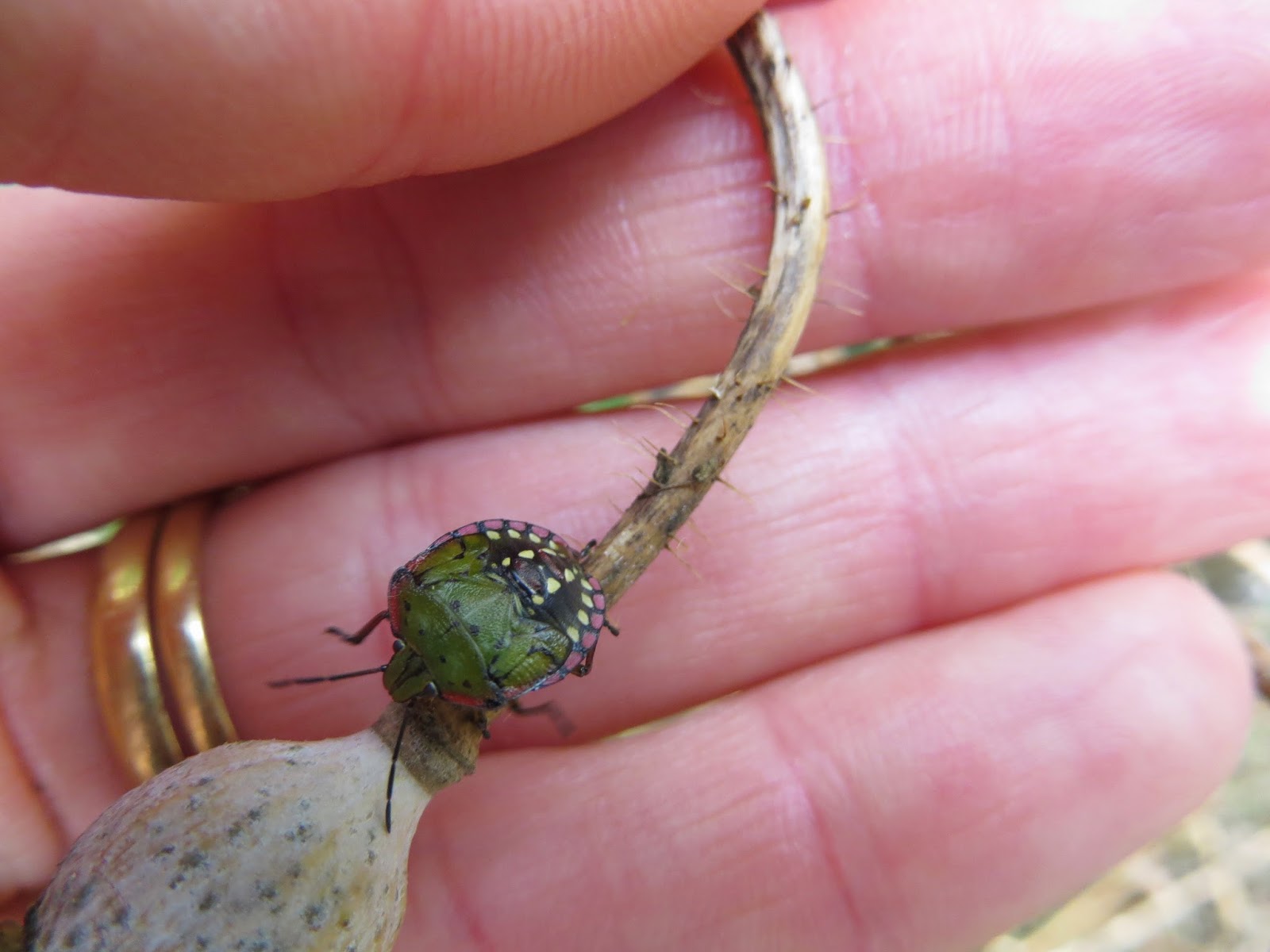 Our three hens get very excited when we are to have beans for dinner. This requires one of us to go near our runner beans, home of the stink bugs. They know that soon we'll be delivering lots of little green packages of stunk-up goodness to their greedy beaks. 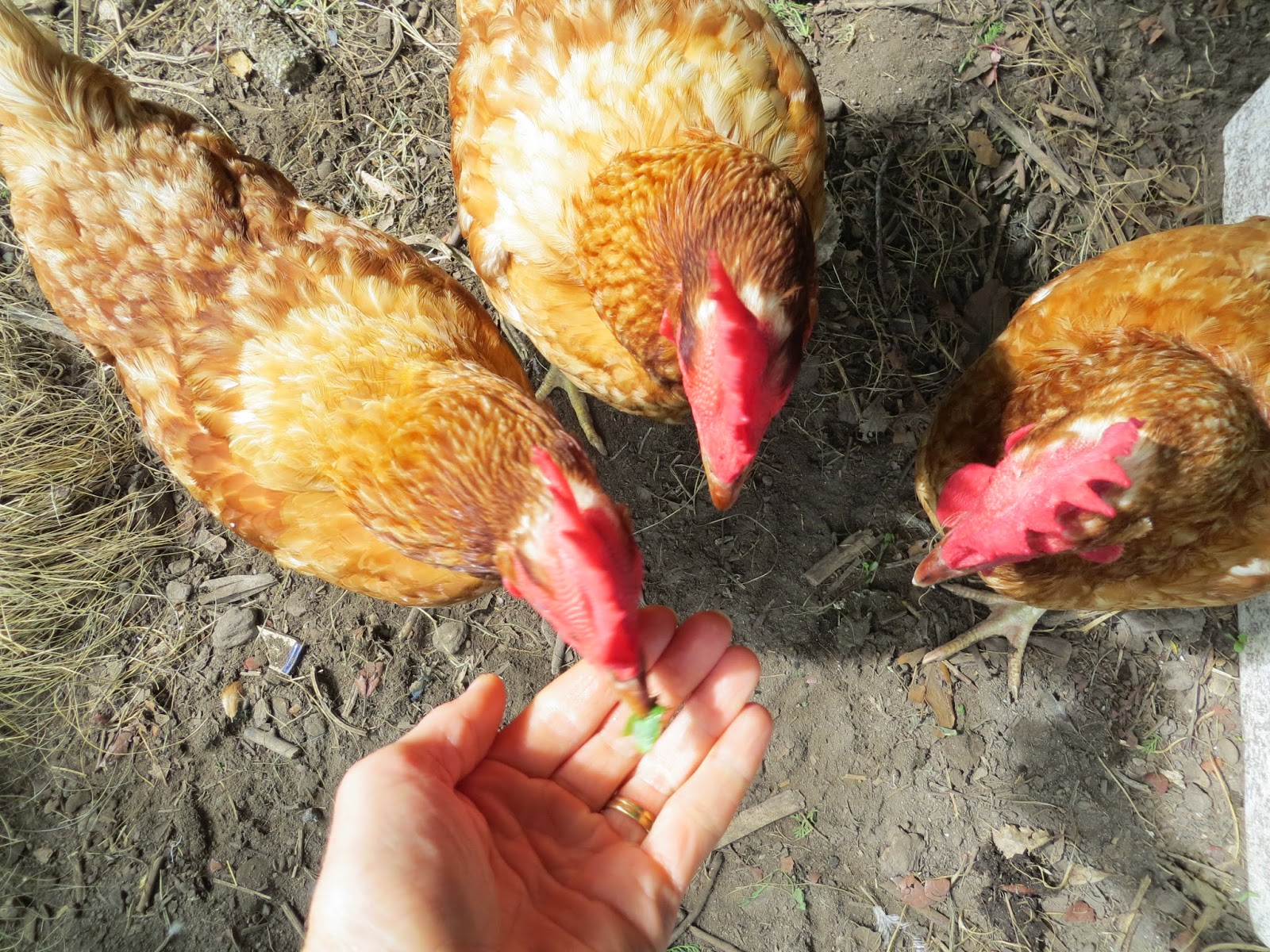 Their squawky demands spur me on to collect every green stink bug I can find. This is also good for the garden, because there are far fewer bugs around than there would be otherwise. It does take a bit of time, though.

For those new to stink bug capturing, I recommend putting one hand underneath whatever the bug's on - say a tomato - and gently tapping or shaking the tomato. The stink bug survival mechanism is to drop to the ground, and your hand will intercept it.

Gardening note: Scarlet runners attract stink bugs like mad, which is a good reason not to grow them. We've grown mainly Cobra runners this year, and they are similarly prolific and even more delicious than the scarlet runners - plus the bugs don't seem to like them. However, a few scarlet runners have popped up also (they're perennial), and have become a stink bug hang-out zone, and as usual they've spread to our tomatoes and are sucking the goodness out of them. But not as much as they would be if we had no chickens egging us on to deliver them the goods.

Email ThisBlogThis!Share to TwitterShare to FacebookShare to Pinterest
Labels: Chickens make you happy, Gardening with chickens